How arts organizations are growing the audiences of tomorrow

Catherine Bailey and Ognen Drangovski. If anything, the experience inadvertently designated the theatre as a place belonging to youth: public piazza, no; public playhouse, yes. The fences had no practical use after the opening few moments when the cast banged on them in rhythm then shuffled them offstage during the carnivalesque opening.

So why bother? The message was clear. The barriers had been broken down. An audience member was chosen, and Romeo delivered his next few lines directly to her. Shakespeare in performance, they might remember, knows what it is like to be them, knows how to push their buttons. Having flown a distance of about ten feet, Louise Collins as Hermia slowly managed to kneel to face Theseus up- centre.

The mise-en-scene foregrounded the subjugated position of the daughter. Her positioning at 28 Rokison, p. After raising his hand to hit her, Capulet threw Juliet to the floor by the wrist. Additionally, her caging, symbolised by the gold metal gates securing the central opening of the tiring house, made escape seem all the more justifiable. At this point, student audiences must have viewed Shylock as a doting father.

The ultimate message suggested through these costuming choices was appropriately complex. While parents and other adults can be oppressive forces, making rebellion natural or necessary, the volatility of adolescent emotions can sometimes lead to undesirable consequences murder, suicide, regret , suggesting the possible benefit of the tempering and edifying effects of school, synecdochically present through the uniform.

The series resists simplistic moralising, avoiding the danger of failing to believe in or respect the young 34 Larochelle [survey].

Similarly, there were moments in all productions when props were used to clarify language. Shall I be married then tomorrow morning?

While these non-naturalistic actions, which could be termed pronoun management and gestures of translation, betrayed some anxiety about comprehensibility, they were also an outstretched hand to the fresh audience, acknowledging the potential difficulties of the language and teaching them how to visualise implied stage directions in the text. Neither of these elements, both mentioned by students as contributing to their enjoyment of the performance,52 is called for by the text but might be examples of the kinds of interpretive, procedural choices suggested by Fischlin, Fortier and Kidnie as natural to the stage life of a play.

How do we change this conversation? How do we take risks in producing plays and trust that child audiences will go on the journey, even if it includes ups and downs? The taboo of sadness in TYA is something that both of these writers are trying to break, which is an amazing feat. In all, Kruckemeyer said that he writes plays that he feels will resonate with audiences that bare the same humanity as him; if he can be moved towards empathy, he hopes that will resonate with anyone, regardless of their age— and in that sense, there is no difference between children and adults.

If we focus on telling great stories, they will be universally understood. What was really inspiring was hearing both playwrights talk about working in America right now, at a time where we are on the cusp of an exciting directional change; something new is brewing in the world of TYA — we are doing some soul searching, and people are starting to realize that it is okay to take risks and challenge preconceived notions of what TYA is fundamentally.

Everyone wants to know everything beforehand — can we trust our audiences? If you look at the numbers it seems impossible. Here, in Lebanon, there were no laws protecting women against domestic violence because our laws are related to religion. In , we were part of the campaign to change the law.

The message was very clear and there was no question about it. It was great to be in that moment but generally, we feel that political activism and political theatre are two different things and the impact of theatre happens on alternate levels, sending out ripples. It is part of our everyday labor to think about what we are saying and to whom we are saying it.

To ask how this is impacting the people around us. It is not just about our community or Lebanon but also about the world. How are we responding to what is happening around us? This is our only way of existing in a place where everything is so segregated and you have to be defined politically and religiously and so on. As citizens, we do not have much space so we feel lucky to have this platform, and we try to use it as best as we can. You try to be smart about it and not to be too sensitive. I think that we treat being on stage as though we are putting ourselves at stake and using our whole history as performers and as people, and the history of text we are performing and the people we are addressing, to say something worthwhile.

This is where the political comes in. Being on stage is always like a matter of life and death for us so a lot of people feel like we are too intense. I work with teenage girls in workshops at universities and you notice how at first their knees are closed together, they do not look you in the eye, and they have their shoulders hunched.

Working on these small empowering details allows people to voice ideas and emotions in a clearer way. AK: And how does the political manifest in all the many different strands of Zoukak? How does this come together? There is so much going on! MZ: That is true now. We work a lot but there are a lot of us so we are able to do many things. I would not call all our work outside of the theatre as overtly political. I would not call our shows about history, such as Perform Autopsy and Heavens , activist works as they are not completely directed towards one cause and they ask questions rather than give answers. 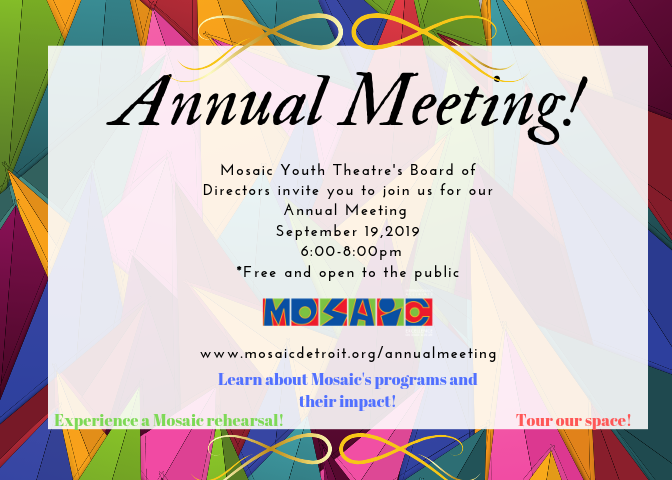 Photo credit Hussein Baydoun. AK: So by asking questions, would you say a lot of your work is participatory? I am interested in your distinctions between directed action and political performance and your definition of the liminal space between protest and performance. How do decisions about space, people, place, and form of performance get made? MZ: I think that every performance takes the form that it wants to take in terms of space, aesthetic, and number of actors and so on. So we have done very different kinds of shows.

AK: So you respond to the process that starts from an idea and let it take whatever route it takes. The route is always important in collective processes. MZ: If you are talking about history it makes sense to talk about it within a space affected by the issue. The form, the number of performers, project leader, and budget all, of course, play a role in a performance.

Even though we are a collective, one person leads each project and we give that person all our trust. AK: I wonder about hierarchy in collective work. Traditional theatre models, and even most collective theatre models, replicate a hierarchical model and depend on a final say by a single author ity.

Hierarchical power relations are culturally prescribed and we have to inhabit them. For example, in your decision to work together, how are you able to function in this neoliberal cultural system? It is hard to be doing what you are doing, whether in Beirut or anywhere in the world. MZ: That is something we have to fight all the time, especially when we work with other people and organizations. I had the experience of working as a director in Germany at a very hierarchical city theatre, where people are not used to questioning the director. I worked with older actors who were used to the system and who were very good performers but who were not used to thinking through the content in a dramaturgical way.

So I really challenged that and gave a voice to the assistant director and was clear about my own uncertainties and of not having answers. It is very creative in an artistic process to not have answers.


I would say it is a very feminine approach to things to not have answers, to see how things go, but of course, at some point, you have to decide. This hierarchy is something that we actively fight wherever we go and when we work with students, too. Within the company, the power relations depend on whoever is there. There are seven of us in the team now but only five core members creating work. For the first couple of years, our meetings would last seven to eight hours, discussing everything at length but now things take less time.

There is a structure and there is respect but it is not only that. This is a level of honesty that you might not have even with your family. Then, on top of that, we create interesting work. We are trying to do something together but I do not know if it works all the time.

We want to expand but how can we integrate more people? AK: It is tough to create a structure that is able to welcome newcomers and also hold the same working processes as before.